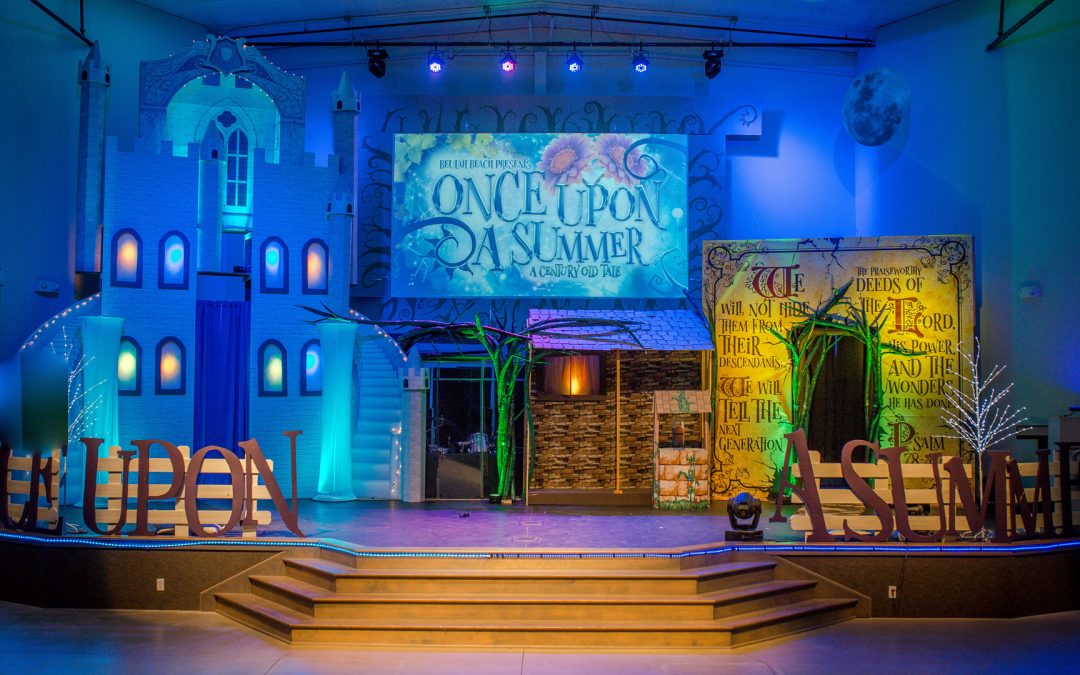 What an incredible theme we get to embark on this summer. 100 YEARS! A Century Old Tale. Weaving castles, woods, fairy tales, kings and queens into a camp program has been nothing short of FANTASTICAL! We get to use the imagery, metaphors, motifs, and stories of fairy tales to create an environment where we can not only tell but SHOW the greatest story ever told. Visually, this summer has captured the attention of our guests and campers. And as the week goes along, we move the script from simply a “fantasy” theme to that of the wonders, powers, and stories of God at work throughout all of human history.

We will not hide them from their descendants; we will tell the next generation the praiseworthy deeds of the Lord, His power and the wonders He has done. Psalm 78:4

As the campers get settled into their first MIX, after the dancing, laughing, competitions, and energy, they are met with this script below. It ushers them into a room of praise, a week of stories, and a lifetime of telling the next generation about God’s wonders and power.

You are here right now this moment
In case you didn’t see it
In case you didn’t notice
There’s a story book that’s about to be opened
Once upon a time
Too late to hit rewind
You are in the midst
Of pages divine
You are skin and bones
Cells and blood
But let your mind flip a switch
Cuz the awakenings begun
It’s two worlds simultaneously traveling yet you can only serve in one
And I’m not talking fairy tale
Trolls in chain mail
Into the woods
Everything Hollywood
I’m talking about the greatest story ever told
This week I hope you take it by the pages
As it’s power unfolds
Listen
Learn
Find the space to discern
Let the author write
Even if that means walking by faith
Not by sight
Walking headlong into this Trinity saga
Completed in victory without all the drama
Get to know the main characters
The Word, the Life
The God who breathed chapters into your life
He is near
Not in a castle far away
No, he’s here
Ready to take you on eternity’s venture
Ready to call you to a higher treasure
So here we go
Let’s open this book together
Here at Once Upon A Summer