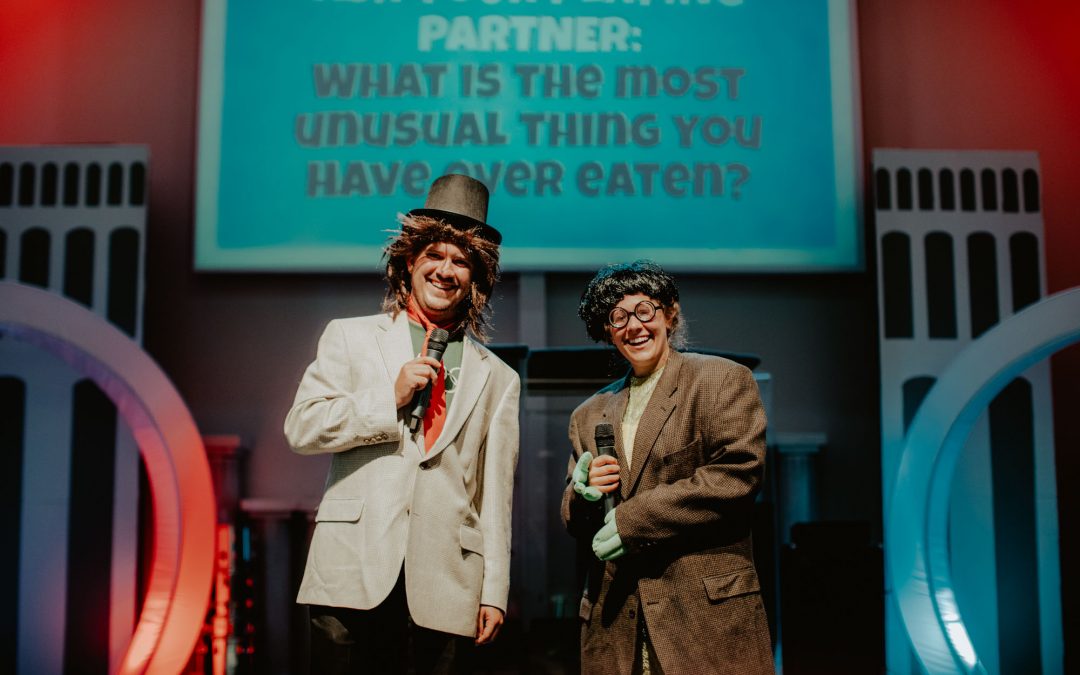 There’s no slowing down now! Our summer staff of 70 college aged men and women came driving, honking, and air high-fiving down the streets of Beulah Beach as they began their summer camp experience. Some reunited with camp friends from years past, while others introduced themselves for the first time. We had all long been counting down the days until we could be together at Beulah Beach. And now, we finally were!

Staff were split into 8 teams (countries) and these teams traveled all over Beulah Beach to compete in epic, Beulympic Decathlon games. We had a blindfolded 40 meter dash, hatchet throwing, canoe races, fire building, slip ‘n pong and other heart-racing, comfort-zone-slashing competitions. The staff took on the challenge, bonded as teams, and had a blast competing together!

What first day of camp is complete without a light-hearted gameshow and two quirky hosts?! It was a 50’s themed Bunco night, where staff members rolled dice, asked their playing partner ice breaker questions, and yelled BUNCO at the top of their lungs. It is an easy way to make connections, build relationships, get to know people, and have fun while doing it! Laughter was seen all throughout the auditorium as the gameshow was a success.

As the sun was setting on this first day, everyone made their way over to the pool and athletic fields to relax, jump in the pool, or just hang out as a staff. One of the best parts of staff training is just building community and trust with those who will be serving alongside of you! Within hours, strangers became friends and friends became family. And it only gets better from here…